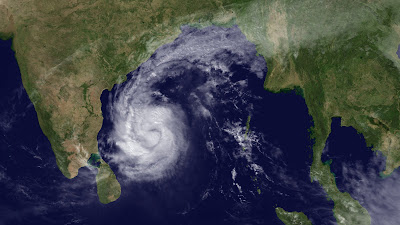 Flights have been disrupted, trains are either called-off or delayed by multiple hours.

Electricity is absent and Puducherry is currently facing heavy showers with winds zooming above 130-140kmph.

Showers are expected to last for about 4-5 hours (till 1pm, 30th Dec). More information on Cyclone Thane can be found on Tamil Nadu Whetherman website.

People can contact the helplines in case of emergency.

Here are the helpline numbers,

Trains running on Chennai Central-Gudur and Chennai Egmore-Villupuram-Cuddalore-Mayiladuthurai routes in both directions are likely to be regulated en route or diverted on Friday, according to a Southern Railway press release.

Met-department asked people to stay in houses, as a safety measure.

Group of bloggers writing on computers, internet and gadzets.
View all posts by CyberPassion Team →

Join our newsletter and get free articles and tutorials directly by mail.